According to the widely recognized FAO/WHO definition (2001), revised by Hill et al. (2014), probiotics are defined as “Live microorganisms that, when administered in adequate amounts, confer a health benefit on the host”.

When combined with the specifications outlined by the FAO/WHO Working Group for the Evaluation of Probiotics in Food (2002), the key aspects of this definition include:

While slight changes occur in scientific papers according to the aims of the authors, the most recent and accepted definition states that probiotic microorganisms are “living microorganisms, which upon ingestion in adequate amounts exert health benefits beyond inherent general nutrition” (From FAO working group 2002). 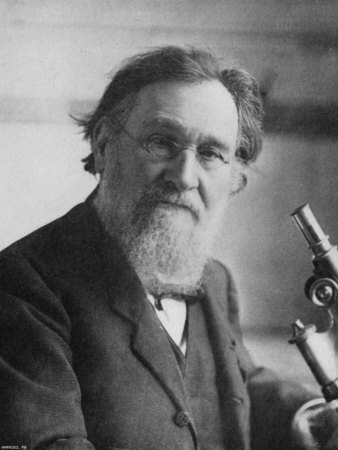 Ilya Metchnikoff has been named the father of the probiotic concept which refers to the use of specific bacteria, initially from dairy origin, to confer health benefits to the host.

In 1900 Metchnikoff worked at the Pasteur Institute, which is an institute that is famous for its research on bacteria, diseases and vaccines. Metchnikoff developed a revolutionary theory that aging is caused by toxic bacteria in the gut and that lactic acid could prolong life. He developed this theory when he studied Bulgarian and Russian tribes.

The nomads moved around frequently and the milk transported on the back of the horses was fermenting. As the nomads consumed large amounts of the sour milk and reached a remarkable high age, Metchnikoff believed there was a link between healthy high age of the nomads and their frequent intake of sour milk. He published his theory, Longevity without ageing, in 1907 in his book The Prolongation of Life: Optimistic Studies. In this book he espoused the potential life-lengthening properties of lactic acid bacteria (Lactobacillus delbrueckii subsp. Bulgaricus).

This later inspired others to begin investigating a causal relationship between bacteria and good intestinal health, which eventually led to the worldwide consumption of other fermented milk drinks and products.

What probiotics can do for you: IPA EU promotes a better understanding of probiotics with its new quick guide

IPA Europe created in 2017 a brochure that explains what probiotics are and describes the role of micro-organisms in human health. The brochure provides information on how to better understand these “pro bios” micro-organisms (from the Latin preposition “pro,” and the Greek word βιωτικος -biotikos, meaning “life”).

The brochure highlights insights based on the latest probiotics research and discusses what current science says about the effects of probiotics on human health. By drawing attention to the fact that consumers are increasingly seeking natural ways and safe alternatives to pharmaceuticals to maintain health and wellbeing, this quick guide explains how probiotic foods and supplements can help support our digestive health and immune functions, thus contributing to our general wellbeing.

“With this new brochure, we want to help all relevant EU stakeholders to gain a better understanding of probiotics and their associated socio-economic benefits.” said Rosanna Pecere, Executive Director of IPA Europe, when the brochure was presented officially.

She added: “Regulators in other parts of the world recognise the benefits of probiotics under certain conditions and authorise favourable claims relating to probiotics. To date, there is no EU legal framework that defines probiotics and helps consumers to receive accurate information about probiotic content in foods. We believe that a favourable environment for probiotics will benefit EU citizens and contribute to cost savings at a societal level.”